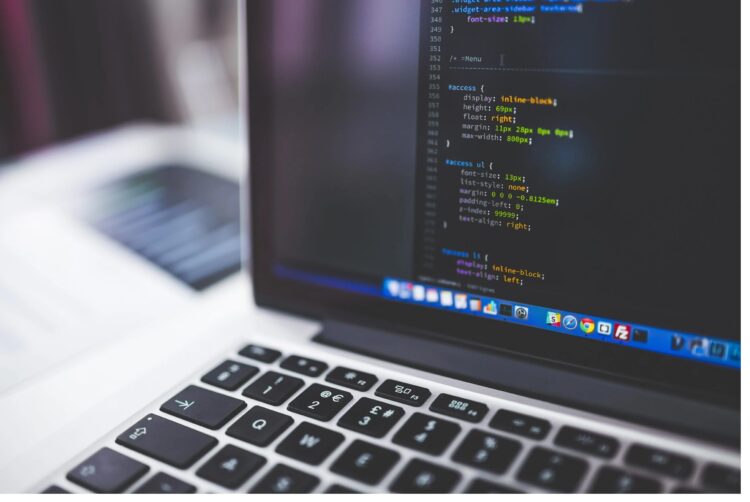 This article reviews the most popular, feature-rich, and useful source-code Linux text editors.

Programmers and developers prefer Linux operating systems for app and software development. It is primarily because Linux-based distributions facilitate the creation of the optimal environment for programming and command execution. The best Linux Text Editors may be used for coding, updating UI files, editing text files, etc. It’s one of those indispensable tools that will make your life as a programmer easier.

Linux primarily supports two text editors: a command-line text editor that may be used via the command line and a graphical text editor. Other significant options include the Linux GUI text editors, which can be used directly. The best Linux Text Editors will provide functionality and abundant features to make the process more efficient and convenient.

In contrast, the number of Linux text editors has increased considerably over the past two decades. Since the app provides many functions for editing and coding in CSS, HTML, PHP, and JavaScript, it can be challenging to identify the best text editor for Linux due to the diversity of available options.

The article aims to simplify finding the best Linux Text Editors. We have compiled a list of options that you can use after learning what they offer.

Excited? So, let’s get started.

Here is a collection of our favorite Best text editors of 2022. Brackets is among the best Open Source Text Editors in terms of productivity, as it includes several excellent features in a well-designed, user-friendly interface. Its appearance, integrated with Adobe Photoshop, is one of its most distinguishing features. In addition, it is a cross-platform editor, making running programs on many OS and platforms easy.

This Linux simple text editor is designed for developers and web designers to provide a vast array of coding tools, a visual visualization of the site being developed, and a real-time reflection of any modifications. Therefore, the tool will provide an excellent glimpse of the complete project you are currently working on. Adobe creates it, and one of its advantages is the ability to extract information such as measurements, colors, fonts, and gradients directly from the PSD file as clean CSS. Therefore, all UI designers need to have it in their stores.

This best code editor is a feature-rich text editor allowing you to develop JavaScript, HTML, and CSS webpages and apps with greater freedom. The only problem is that Adobe plans to stop it in September; if you want it, you should acquire it immediately. 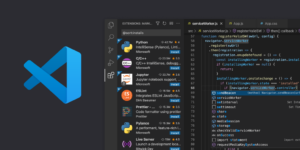 If we talk about the top-rated Linux Text Editors to Speed up Your Workflow, Visual studio code is another top option on this list. It ranks as one of the best text editors for Linux from Microsoft, also entirely open-source. Visual studio code is frequently referred to as Microsoft’s peace offering to the Linux community, and the app’s features and functionality justify this moniker.

Visual studio code is an outstanding option that is capable of doing a variety of duties. It is also a lightweight option that helps you to execute all desired tasks efficiently due to its feature-rich nature. Its most significant features are built-in Git support, an integrated terminal, and cross-platform compatibility.

The software provides IntelliSense suggestions and auto-completion to save time, effort, and energy. Additionally, it is compatible with different programming languages and offers numerous debugging tools, which is a significant advantage. In addition, if you want to enhance its functionality, it has an extension manager with various easily downloaded and operated extensions. The Flatpak and Snap packages for Fedora-based Linux distributions make VSC a convenient and time-saving option. Tho, you can also get it on Ubuntu through the .rpm/.deb packages. If you ask a knowledgeable user about the best text editors for Linux, they may recommend JED. It is a popular option that uses the S-Lang library, and it is a cross-platform tool available on various systems, including Windows, OpenVMS, Unix, etc. A notable advantage of JED is that it is a lightweight option; therefore, it can revitalize aging hardware with low resources.

JED provides many essential features that simplify the life of programmers and developers. For example, it features code folding, color syntax highlighting, and editor emulation similar to Emacs. Other features include several programming modes, rectangular cut-and-paste, and the capability to edit TeX files.

The app’s user-friendliness makes it suitable for novices, while its features ensure that it does not lack the arsenals of experts. Moreover, the app gives a superb user-friendly platform for swiftly writing codes and distributing them across other operating systems, if necessary; therefore, it is a popular option among noteworthy developers.

Vim is one of the best Linux Text Editors in 2022. A sophisticated text editor strives to give a flawless performance, satisfying all the needs and requirements of programmers. In addition, its functionality can be expanded by using additional plugins. For example, it can be used to extend the functionality of “Vi” (facto UNIX editor).

Vim is a highly flexible text editor designed to fulfill the needs of developers. Multiple users frequently refer to it as the programmer’s editor. You can use the software as a standalone app in its GUI and command-line modes. However, it may be more challenging for novices and suited for experienced programmers.

Its primary features are tab expansion, auto commands, digraph input, split screens, syntax coloring, sessions screen, and the tag system. C and the Vim script are the primary programming languages used to write Vim. In addition, if you are lost, you can consult one of Vim’s tutorials to comprehend a specific function. It is the usual option for all professional programmers and creators because it is a robust option with some of the most advanced features in its category. 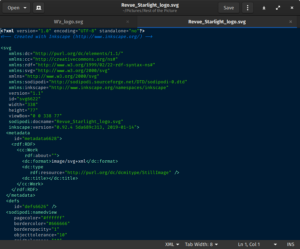 Next in our list of the popular Linux Text Editors For Coding is Gedit. It is an excellent pick if you are looking for the best text editors for Linux that offer all the useful features and are both elegant and straightforward. This default text editor Linux may not give a user interface with many features, but it does provide a simple and clean design that is superior to many in terms of usefulness. In addition, it is the default desktop environment for the GNOME desktop environment. Therefore, its primary objective is to provide simplicity and convenience in an effective app.

The programming language used to create the app is C, open-source, free software with numerous beneficial features for programmers. For example, complete support for internationalized text and syntax highlighting is provided by the app. In addition, you may quickly build and edit apps with it because it is an excellent option for cross-platform operations.

If we talk about the Best Free Text Editors For Ubuntu Linux in 2022, Sublime text is another feature-rich option on our list. It is one of the best Linux Text Editors, containing all the features necessary for writing codes, markups, and prose. A benefit is that it is compatible with numerous programming languages and may also be used with markup languages. In addition, you can obtain a free software license plugin to expand its capabilities or features.

“Goto Anything” is a noteworthy aspect of the sublime text. It permits quick navigation of multiple files, symbols, and even lines. Other essential features include the command palette, project specification options, simultaneous editing, and a plugin API based on Python. You can use all of these features to ensure that you correctly write program codes.

READ:  How to SOLVED a Windows 10 Critical Error

It can use the native capabilities of every operating system, which is a significant benefit. Thus, Sublime Text is a resource-efficient solution, allowing you to use your available resources and even expand them. Furthermore, since the app’s features and design are widely customizable, it is an excellent option for novice and advanced users. 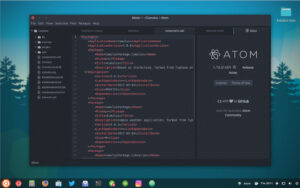 Atom is an excellent alternative to seeking a contemporary text editor for Linux. It is a beautiful and modern open-source text editor designed for programmers. GitHub created atom as the most excellent hackable text editor. Electron is the basis for Atom (HTML, CoffeeScript, Less, and JS).

If we talk about the top-rated Linux Text Editors, Atom is well-known not just for its distinctive appearance but also for its superior functionality and features. Its most advantageous features are:

Atom continues to be a popular option among users because of its embedded git control and command palette support. Additionally,.rpm and.deb packages are available on the official website. It can be downloaded quickly for Ubuntu and Fedora-based Linux distros, the two most popular options for operating it. However, variants exist for practically all sorts of distributions. 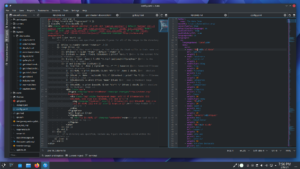 Are you still seeking the best Linux Text Editors in 2022? Kate (KDE Advanced Text Editor) is one of the best text editors for Linux, notable for beginners. It is an underestimated option but a viable alternative to more popular choices. Even though Kate may not provide you with all the complex capabilities or high-powered plugins, such as Visual Studio Code, it can still perform the duties effectively.

Kate has numerous features, including a split window and simultaneous editing of multiple documents. Advantageously, you can save much time, work, and energy while switching between files. In addition, it supports session support and cross-platform compatibility, so you need to code it once and may execute it anywhere you choose.

Other advantageous features of the app include code folding, integrated Git support, and an autocomplete feature required for editing text with the app. Additionally, you may use several plugins to extend the apps functionality. Finally, it is a lightweight option that can operate flawlessly on older devices.

What is the best text editor for Linux?

Several options can be considered the best text editors for Linux. Atom, Vim, and Visual Studio code are our list’s three most popular tools. Ultimately, the perfect tool for a user’s programming journey will depend on their specific requirements.

Is the best text editor for Linux free?

Yes, there are various options in this area that offer many complex features for free. Nevertheless, there are other paid Linux Text Editors available.

What is the most advanced text editor for Linux?

Vim is the best text editor for Linux in terms of functionality if you are looking for the most advanced features.

Possessing the proper tools is essential for writing flawless code, and the best Linux Text Editors are one of the everyday necessities for every coder. However, issues develop when there is a consistent increase of options over time, resulting in ambiguity.

Hopefully, after reading the preceding post, you will have narrowed down your options and be able to choose, based on your needs, which of the Linux Text Editors that we have highlighted would work best for you. According to our recommendations, Visual Studio Code, Vim, and Atom are the top three choices in this category.