Android is the most popular smartphone operating system in the world. Android, created by Google, is compatible with many devices, including Phones, Tablets, TVs, Cameras, and more.

However, what if you wish to test Android OS on a Windows PC?

Emulators enable the downloading and use of Android apps on a PC. You do not need a smartphone or tablet to use Android apps or play Android games. However, Android emulators do not provide a comprehensive Android OS experience on a PC. Instead, there are a few Android OS that is PC-optimized. 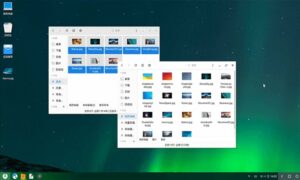 Phoenix OS is an alternative Android PC OS that can run your favorite Android games and apps.

Unlike some Android emulators, Phoenix OS allows Multi-Windows and includes a single-key toggle to switch between apps.

Phoenix OS, like Bluestacks and PrimeOS, allows you to map keys to play your favorite games with the keyboard. Phoenix OS also includes a notification center where all notifications can be viewed and managed.

Moreover, Phoenix OS includes x64 architecture compatibility, Ethernet and LAN support, Universal Search, File Manager, and an app cloner that may replicate an app and run it under several accounts.

One disadvantage of Phoenix OS is that it includes adverts that are not invasive but occasionally annoying. Nevertheless, Phoenix OS is an excellent Android OS for PC that you should try. 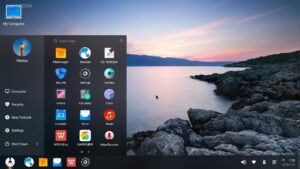 Android x86 is an open-source project that lets you experience an Android-like environment on your computer.

It is continuously maintained by several developers and licensed under Apache Public License 2.0. Android x86 simulates Android on a PC exceptionally well and provides a Samsung Dex-like experience. Bluetooth and WiFi compatibility, simple multitasking, and a solid experience are some of its highlights.

Android x86, like ChromeOS, is not designed for gaming, so it lacks unique key mapping and high-speed performance, but it’s a terrific piece of software for running Android apps on your PC.

If you require a stable, open-source Android emulator, Android x86 is one of the best Android OS for PCs. 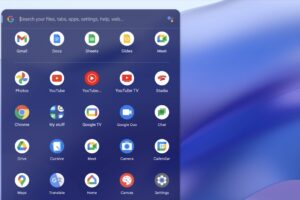 ChromeOS has recently received great popularity due to its ability to run on Chromebooks with modest specifications.

During the epidemic, many students purchased Chromebooks for online classrooms since they were a more affordable option to Windows laptops and desktops. Besides, it enables the direct download of Android apps from the Google Play Store. ChromeOS is a lightweight and quick operating system with an excellent user interface. It may be downloaded on both Windows and Mac.

Additionally, this Android OS for PC download includes a specialized launcher, is extremely simple to configure, and is secure.

ChromeOS lacks key mapping and game optimization features, but it is an excellent method to run standard Android apps on your PC. As a result, ChromeOS is one of the best Android OS for PCs with modest specifications. 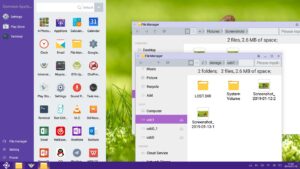 Openthos is a free & open-source Android emulator that allows you to download and execute Android apps on your computer. It supports multiple windows, a file manager, and a task manager to facilitate desktop use.

Openthos features a very low latency when using a keyboard and mouse and has 60fps compatibility, allowing you to use your favorite Android apps at 60 fps.

The user interface is really clear and intuitive. Openthos is one of the top Android OS for PC if you want a basic Android emulator. Remix OS is an excellent Android OS for PCs. It provides features such as the ability to right-click and a taskbar to facilitate desktop use. You may download the vast majority of Android apps with few compatibility issues. Remix OS also provides desktop-like functionality, such as resizable windows, to facilitate multitasking.

Remix OS may be downloaded and used on 32-bit and 64-bit operating systems, as well as having a simple and intuitive interface with minimal hardware and software requirements.

Moreover, Remix OS is one of the best Android OS for PCs if you want a combination of Android and Windows with custom key mapping. 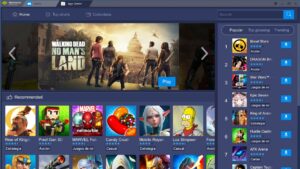 You may have heard of the original operating system; Bluestacks is a popular Android emulator for downloading Android apps on a computer. Bluestacks also allow you to play your favorite Android games on your computer.

Bluestacks include a plethora of features, such as gaming controls that can be adjusted and the ability to snap screenshots and record screens, and it optimizes PC consumption when running intensive apps.

In addition, Bluestacks is a lightweight app that consumes few system resources while running. It also has additional capabilities, such as a real-time translation tool that allows you to run apps in your native language and play many HD games. 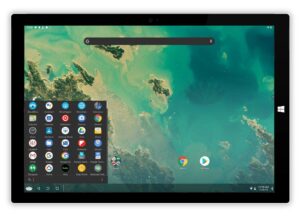 Bliss OS x86, like Android x86, is an open-source Android OS for PCs with many sophisticated capabilities.

Additionally, Bliss OS is compatible with all Chromebooks, Windows/Linux PCs, and tablets released within the past four years. As an open-source operating system, Bliss OS prioritizes security and has additional security choices that are routinely updated.

Bliss OS offers added customization possibilities, improved battery life with many settings to fine-tune it, fantastic performance, interoperability with support for both x86 and ARM architectures, the ability to select a desktop or tablet user interface, gamepad configurations, and more.

Bliss OS is one of the greatest Android OS for PCs if you want an open-source Android emulator with numerous features. 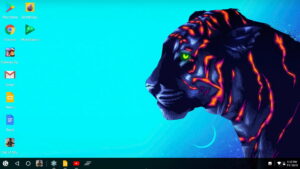 In our tests, PrimeOS was the second-best Android OS for PC. It offers a specialized environment to download and operate your preferred Android apps and games.

Besides, it is compatible with Windows and Mac operating systems and provides a complete desktop experience. It also features an attractive user interface for navigating the emulator.

PrimeOS, like Bluestacks, includes many useful features, like key mapping and the ability to adjust gaming controls, lightning-fast performance, an integrated file manager, and much more.

Furthermore, PrimeOS is also quite secure and lightweight. PrimeOS includes a gaming center that may be used to find new games, modify keymapping and graphic settings, and converse with the PrimeOS Community. PrimeOS is an excellent Android OS for your computer, and you should try it out.

Which is the best Android OS for PC?

BlueStacks is a fantastic option for getting started with Android OS. Phoenix OS and Chrome OS follow closely behind. But, of course, your experience depends on how you use the service.

Furthermore, if you want to use Android OS for gaming, your best options are BlueStacks and Phoenix OS. They provide in-house optimization controls and advanced key mapping for superior gaming performance.

How to install Android OS on my PC?

The majority of Android OS offers direct installation files. Rest offers ISO files that may be loaded onto USB flash drives using a bootable media generator. Then they may be easily booted and installed, similar to Lineage OS.

These were a few of the Best Android OS for PC. They can be tested on a Windows PC.