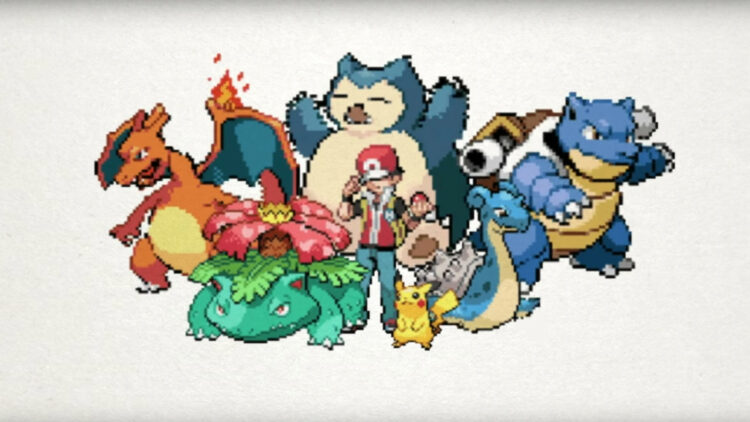 If you enjoy gaming, now is definitely the best moment to acquire the best free Pokemon emulators. However, before proceeding, please be assured that we are not going to introduce a small Pokemon into your daily life. Pikachu is not going to appear and consume your lunch box sandwiches. It will not happen now.

Emulators are simply software that simulates a game console; mimicking a game console on a personal computer is not prohibited. In other words, it is permissible. Nonetheless, there are divergent views on the matter.

What we’re doing now is sharing the best Pokemon emulators, which will allow you to play Pokemon games on your PC, smartphone, or tablet. So at home, you can battle, capture, snap, and explore the favorable Pokemon’s region without bringing as many devices.

If you’re looking for the best free Pokemon emulators for Windows PC, you’ve come to the right place. DesMuMe’s name is a little strange, and it has the worst pronunciation. DeSmuMe, on the other hand, is one of the best DS emulators for PCs. It is greatly available for Windows and Mac computers. This Pokemon emulator operates quite smoothly across all platforms, while users may encounter frame drops on their MacBook Air, particularly the 2021 edition when playing games at their highest settings. Finally, the performance of the game is heavily dependent on your PC configuration.

This emulator allows for a great deal of customization in terms of graphics and settings. Additionally, essential features such as a cheat code organizer and USB controller support have been included. Additionally, this emulator has a save slot that enables you to resume the game from wherever you left off.

Among Nintendo DS enthusiasts’ Pokemon emulators, a few issues have arisen with the open project. For instance, the developers rarely work on the project, and the last stable version was released in 2015. As a result, while you can play Pokemon games, the selection is limited. Additionally, no Wi-Fi emulation is available.

DesMuMe is still widely used today due to its high level of flexibility and interoperability.

If you wish to play Pokemon games on your computer using Nintendo DS emulators, Melon DS is one of the most recommended. In this manner, MelonDS is constantly outperforming the dominant NDS emulators such as DesMuMe.

MelonDS, on the other hand, is not DesMuMe. It is deficient in terms of emulation and graphic options. The new OpenGL render capability enables you to choose extreme resolutions regardless of your system’s performance, and the new JIT recompiler enables you to do so. MeelonDS will then perform the quick emulation. In short, this emulator is an excellent choice if you’re looking for the best emulator for playing Pokemon games. Additionally, it is ranked as the best Windows emulator.

MelonDS also includes additional standout features such as local Wi-Fi support for multiplayer games. This is a proof-of-game feature that works with a limited number of games. Apart from that, this emulator includes a save slot, a limited amount of screen configuration options, and support for joysticks.

There are just two reasons why this emulator is still in use. To begin, it provides a high level of performance at some enhanced resolutions, and, secondly, it has a high level of accuracy.

In comparison to other emulators for playing Pokemon games, RetroArch is an all-in-one emulator that enables you to play games from practically every retro console. The primary goal of developing this emulator is to combine several emulators into a single piece of software.

RetroArch provides MelonDS and DesMuMe to imitate DNS titles in this circumstance. Given that it is an all-in-one emulator, it supports a wider variety of games, including Atari, MAME, and all Nintendo systems, including the NES, DS, SNES, 3DS, 64, and DSi.

RetroArch comes with an intimidating interface at first, but it quickly becomes second nature once you start using it. However, running the game using RetroArch is considered more challenging than with Nintendo DS emulators.

When using this pokemon emulator, you can utilize the advantage of several significant features. That concludes the discussion of the emulation options and the essential graphic. In this manner, the native resolution can be boosted to 4K, and shaders can be used to substantially alter the appearance of the game. Additionally, there are some additional features, such as joystick support, save slot selection, and customizable screen layouts.

The primary fact of this pokemon emulator is that it can cause problems when it consumes excessive PC resources. However, the overall picture indicates that this emulator is still one of the most recommended computer emulators.

Are you curious as to why people utilize RetroArch? There are two reasons why people continue to use this emulator to play pokemon. That includes the all-in-one emulator and a selection of pre-loaded games.

OpenEmu is another front-end program to consider for other console emulators. This emulator is essentially identical to RetroArch in terms of emulation choices and systems supported. However, there is one feature that distinguishes OpenEmu from other emulators. What exactly is it? It’s a beautiful, simplified user interface. If you use a Mac, the interface will alert you to the presence of iTunes. For instance, the emulator displays the box art for games. Additionally, it is sorted by platform. For example, if you wish to play Nintendo DS games, OpenEmu includes DeSmuMe.

One of the flaws is the lack of certain graphic settings. Furthermore, there is no option to raise the internal resolution. Apart from that, this emulator features customizable screen layouts, save states, and cheat code support, among other features. In addition, there is support for a variety of controllers, including the Switch Pro, DualShock, and Wiimote. In general, this emulator is one of the best Nintendo DS emulators available for Mac.

Finally, but certainly not least, is NO$GBA, a pokemon emulator worth considering. Though it began by emulating Gameboy Advance games, it quickly rose to prominence as the best Nintendo DS emulator for Windows. The fundamental benefit of NO$GBA is that it supports GBA, Nintendo DS, and Nintendo DS Lite games as well.

This emulator includes a small number of features in terms of graphics. However, with a few adjustments to the parameters, it becomes a more visually appealing game than DesMuMe. Indeed, this emulator runs really quickly, even on low-performance computers. Additionally, it consumes fewer system resources than the other best NDS emulators described previously.

The primary disadvantage of this emulator is the lack of screen layout features and an experimental multiplayer option. Additionally, this emulator may not operate under all circumstances. As a result, the emulator is only available on Windows. Fortunately, it has standard features like joystick support and a save state option, as well as in-house cheat code support.

NO$GBA is frequently utilized due to its tiny memory footprint, high speed, and GBA support.

Without question, Citra is the best Nintendo 3DS emulator for playing pokemon games on your PC. Unfortunately, it is equipped with a subpar system that is capable of running some 3DS titles at high resolution and with full visuals.

This emulator is notable for its ability to support internal resolutions of up to 4K, which enables you to play Pokemon games and The Legend of Zelda. Citra emulator also comes with an official website, which includes a part where you can check the emulator’s compatibility with Nintendo 3DS games.

Citra, like many other Pokemon emulators, supports cheat codes, joysticks, and customizable screen layouts. Additionally, it includes a built-in screen recorder. Additionally, it emulates 3DS local Wi-Fi. As a result, you’ll be able to play multiplayer with other people on this emulator.

Citra is available for Android, making it the only Android emulator. Citra is a highly regarded emulator for playing pokemon. It is available for Windows, Android, and Linux. In general, people continue to utilize this emulator due to its multiplayer capabilities and 10x internal resolution.

DraStic DS Emulator is the best DS emulator on Android, according to the world of emulators. In terms of features, this tool is comparable to a Nintendo DS emulator on a personal computer. As with many other emulators, this one has features such as saving states, controller support, and button mapping.

Internal resolution can be increased with the DraStic DS Emulator. However, the primary expectation for this emulator is a smartphone with a high configuration. Due to the fact that DraStic DS Emulator’s smartphone screen dynamics differ from those of the Nintendo DS, it compensates by offering six unique layout alternatives.

This type of emulator supports both stacked and single views, as well as the option to keep one screen shorter than the other. The main disadvantage of this emulator is that it requires a premium edition of the Android app, which costs $4.99. However, due to the abundance of features, this price is considered reasonable.

Why are you considering using the DraStic DS Emulator? In general, it is widely employed in online Google Drive storage to conserve data and speed up emulation.

Lemuroid is another excellent Pokemon emulator for Android users. This emulator, provided by Nintendo DS, enables you to play Pokemon games for free. Additionally, it is ad-free.

Greatly, Lemuroid supports the support of various systems, like the Atari 7800 and Atari 2600. Atari Lynx, Nintendo, Super Nintendo, Game Boy, and Game Boy Color are just a few of the systems available. Additionally, there are several vital features that every user should utilize the advantage of while playing pokemon. These are rapid saves and support for gamepads. Additionally, you can connect multiple gamepads in this manner. Additionally, the Android app for playing pokemon games has a directory where you may play all of your saved games.

Typically, Lemuroid is used to connect more than gamepads and to supply zipped ROMs with the necessary supports.

In conclusion, if you’re a lover of Pokemon video games, there are always some top Pokemon emulator options to consider. First, choose one of the eight options presented above that best fits your needs and preferences. Alternatively, you can experiment with more than one of the emulators we recommend.

Top 5 Best Digital Signage Software Options You Can Use