A to Z Guide for New Selenium Automation Testers 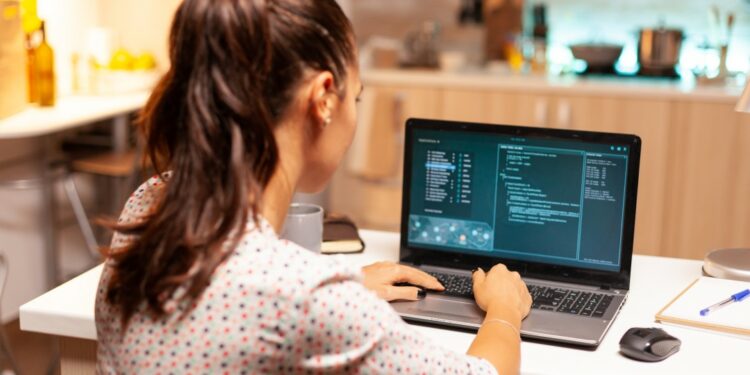 Selenium is an automated open-source and valuable testing tool. It is one of the oldest automated browser testing tools available in the market. Therefore, all web developers must be aware of the functionality of this tool. All the tests performed using Selenium are popularly known as Selenium automation testing.  Developers must remember that Selenium is not a single tool, it is a collection of different tools. Each tool will serve a different purpose related to the web application development life cycle. However, the new automation testers are often confused about the functions and features of Selenium. So, in this article, we will discuss everything that you need to know about Selenium automation testing.

We will also discuss various tools and platforms that can help improve the testing experience of an automation tester. Let us begin our discussion with the basics of Selenium and how to set up the testing infrastructure.

The Base Idea of Selenium Automation Testing

Before exploring the world of Selenium Automation Testing, we need to understand the reasons for the implementation of Selenium automation. You also need to have a brief idea about all the reasons that resulted in the existence of Selenium. Manual testing is a vital part of the application development process. However, this form of testing has various disadvantages as it is completely dependent on human interaction. For instance, due to fatigue and human error, certain critical bugs may remain in the core framework of the web application. These errors can critically harm the overall functionality of the web application and can result in a massive delay in the final delivery process. Due to reasons like this, the developers were forced to introduce a new form of testing known as automation testing.  Selenium was initially known as the JavaScript TestRunner. It received its name Selenium in 2004.

This Selenium integrated development environment is one of the most important tools involved in the application testing process. This tool was originally developed in 2006. In simple terms, it is an easy-to-use tool that the developers can use to record all the steps involved in the test script development process.  It works as a plugin for the Firefox and Chrome browsers. The developers can also refer to this tool as a simple debugging solution.  The Selenium integrated development environment is also known as a prototyping tool that was originally used to speed up the test script creation process.

The existence of the integrated development environment came to a halt with the new version of the Firefox browser. This is because the latest Firefox 55 no longer supported the use of Selenium IDE. However, with the latest version of Selenium 4, the IDE came with new features that further revolutionized the application testing process.  Let’s look at some of the new features introduced with the Selenium integrated development environment:

READ:  How to Watch SoonerSports.tv on Apple TV, Roku, Firestick

The Process to Install Selenium IDE

Various market experts consider that the installation of the Selenium Integrated Development Environment is quite simple even for the new automation testers. We will discuss all the steps that you need to follow to successfully install the Selenium IDE:

After the successful installation, you can find the Selenium IDE option available on the right-hand side of the Firefox homepage. As you click on this option, you will be greeted with a welcome message.

The process of Recording a Step

The recording step is one of the critical processes that you must know while using Selenium automation testing.  Using this process, you can keep a proper activity log for all the changes made in the core framework of the application. This process will in turn benefit the bug detection processes. So, the first step in this process is to define a new project. Then, the developers have to keep a proper name for the project depending on the application type. You must also have to specify a valid URL of a website before beginning the recording process. The browser will automatically begin the recording process when it can navigate to the specified URL. The users can also pause the recording according to their requirements. The system will automatically convert all the recording data into the form of a script.

How to Save Your Work

The developers also have to save all the work that they have performed in the integrated development environment. This process eliminates the risk of losing any work progress or vital data. To begin this process, the developers have to click on the Save button that will be available in the top right-hand corner of the Selenium IDE window. The developers will receive a prompt to enter a name for the file and also the specified location to save the project. After completing all the steps, they will receive a file with a. side extension. Automation testers can in turn access this file to begin the testing process from the last progressed location.

One of the major disadvantages of the original Selenium suit is that the test cases could not access the program from other websites. This means the developers had to create separate test cases for every website. The remote control came to tackle this shortcoming. The main purpose of this HTTP proxy is to trick the browser extension. Using this trick, the RC forces the browser to believe that the Selenium code and the web application are from the same origin. Therefore, the Selenium remote control saves a lot of time and effort in the core application testing process. So, the Selenium remote control is a server of Java that allows developers to write test codes in multiple programming languages.

The Selenium Grid is one of the most revolutionary additions to the Selenium library. Using this grid, the developers could perform the parallel execution of multiple test cases on different browsers and operating systems. The Selenium Grid is also very flexible and integrated with all the other components of the Selenium library. This integration allows the developers to use simultaneous performance on all the test cases. Selenium grid consists of a hub that has a link to all the test nodes. This hub is responsible for receiving all the data related to the test case and the platforms for testing.

Use of Different Tools and Platforms in this Process

As a new developer, you can massively increase the effectiveness of a test script by using the perfect tool or platform along with Selenium.  Currently, there are thousands of test automation tools and platforms that are available in the web application Development Industry. So, you must not be confused due to this wide variety of options and stick to finding the perfect tool according to your testing requirements. During the selection process, you must consider various factors like your knowledge of multiple programming languages, the general trustworthiness of a tool and the expected budget to shortlist the perfect option. Let us use the example of LambdaTest to shed more light on the influence of a perfect tool:

LambdaTest is a platform to verify the cross-browser compatibility of different web applications.  The developers mostly use this platform to perform web testing over a cloud-based Selenium grid. This platform uses multiple advanced technologies to improve the efficiency of the testing process.

For instance, using LambdaTest the developers can use parallel testing to initiate multiple test instances simultaneously. LambdaTest also ensures that all the local web pages are properly functional and provide stable output. LambdaTest guarantees the stable performance of the web application by running test cases on more than 3000 different browsers. It is also one of the very few platforms that increase the accuracy of the test cases by implementing real device testing as well.

So, we can conclude that as a developer you must have the basic idea of developing automation test scripts using Selenium. It is one of those vital ideas that you must possess to survive in this competitive industry. The web developing companies should also take proper steps to improve awareness about Selenium automation testing. For instance, they can conduct regular awareness campaigns and seminars for their Automation Testing teams. One thing we all can agree upon is that Automation Testing is the definite future of the Application Development Industry. So, all the organizations and companies involved with this process must prepare themselves accordingly.