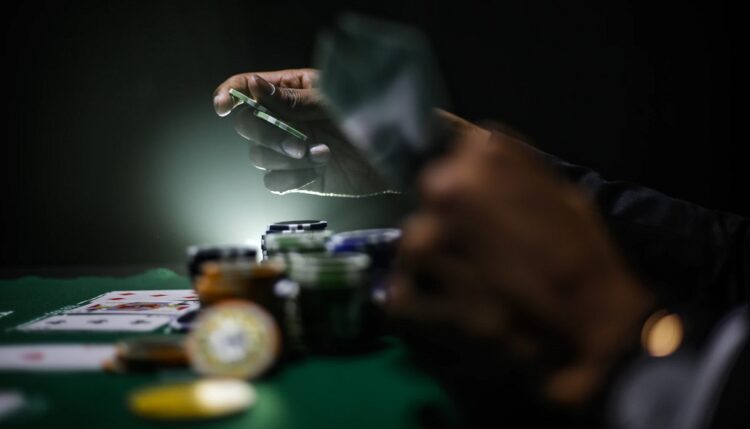 Gambling is an entertainment field for many players. A lot of gambling activities are games of
chance where the outcome relies on luck. When players make wagers, there’s a probability that
they’ll make a killing or lose their money. Some of the most popular casino games are slots,
poker, blackjack, roulette, and sports. In many gambling sites, including Casumo Canada,
players can have a taste of this as a social activity.

Gambling is a recreational product in many countries that license it. However, psychologists
believe that it can be harmful to the brain. They’ve conducted research to prove their claims to
determine how it affects human beings as a leisure activity. The findings have been
double-edged, and we’ll tell you more about them in this article.

Table of Contents hide
The Release of Dopamine by the Brain
How Long Does the Pleasure Last?
The End of Pleasure
What Are the Pleasure Catalysts?
An Immersive Environment
A Near Miss Effect
A Player’s Fallacy
Partial Reinforcements

The Release of Dopamine by the Brain

Dopamine, commonly referred to as the body’s feel-good hormone, is a neurotransmitter that
the brain uses to send messages between nerve cells in your brain and the rest of the body. It’s
made in the adrenal gland and released by the hypothalamus in the brain. The body also uses
dopamine to send pleasure and reward signals, adapt behaviour and cognition, and enhance
memory.

Psychologists believe that in the case of gambling, dopamine is released to fulfill the pain and
pleasure function. The brain releases dopamine neurotransmitters when we engage in high
pleasure activities. This stimulates emotions of joy and satisfaction in our bodies. This makes us
excited when we strike a winning combination or roll the winning dice.

Besides, psychologists also note that the brain releases at least 10 times the usual amount of
dopamine during gambling. This is concerning as previous studies have shown that the brain
releases the same amount of dopamine to react to drug use. Psychoanalytic studies have linked
this excessive release of dopamine is due to the attraction to gambling. It’s also believed to be
the motivating factor that makes us want to gamble again.

Further research has shown that the brain releases dopamine even if we don’t win. As we wait
for the outcome, anticipation and anxiety are pleasurable activities for us. As a result of this,
players continue gambling to mimic this feeling. While this is concerning, most people can
control their gambling activities, unlike the few who get carried away.

How Long Does the Pleasure Last?

As with many high pleasure activities, we may stop feeling the excitement of gambling after a
while. A good example is playing video games on your phone or listening to your favourite song.
After some time, the excitement at the beginning wanes off, and we lose interest. Psychologists
agree that our brains react to gambling the same way.

Behavioural studies show that the brain builds tolerance to the abnormal dopamine release, so
it no longer reacts to it the same way. An in-depth explanation is that the pleasure points
become used to the influx of neurotransmitters and interpret it as a normal occurrence. So, the
rewards and pleasure become less effective.

However, if a player takes time off gambling after a few sessions, the brain can reset the
nervous system. If the same player gambles again, the brain will release dopamine as if it was
the first time. The player can feel the winning sensation again. Gambling at isolated periods has
shown this reaction that the brain doesn’t build a tolerance.

The End of Pleasure

The happy hormone’s efficiency is diluted when we continue playing at regular intervals, so the
pleasure wanes off. Psychoanalytical studies show that the dopamine circuit and receptors
become blunt from over stimulation. This results in a dopamine shortage that strikes out the
pleasure effect from the pain and pleasure outcome. So the brain reacts with negative feelings
to every gambling activity as it tries to reconfigure the initial settings.

Some of the most common symptoms of this reset are depression and numbness, among other
unpleasant side effects. To avoid the withdrawal symptoms, many players fall into a repetitive
cycle of gambling, trying to find the initial spark. However, because the brain has already built a
tolerance, the only way to go is down. Gambling cravings now take root, and the individual sees
continuing play as the only option. It’s hard to get back to the beginning or give up gambling
without help. At this point, players are said to have fallen into a gambling addiction, as they do it
for survival rather than for entertainment.

What Are the Pleasure Catalysts?

Most countries require that you meet the age of consent before you can gamble at a physical or
online casino. This implies that you can be trusted to make rational decisions. So continuing to
play even when crossing the line is your personal decision.

Nevertheless, individual decisions only play a small part in gambling. Casinos and online
gambling sites are packed with features to keep you playing. Some of these features can push
you beyond the line into gambling addiction. This is how casinos incentivize you

A lot of casinos are designed to have an optimum gaming environment. Although a conducive
environment makes gambling more fun, bookmakers do it for themselves. Players are more
likely to play for long in conducive environments, which increases profits.

Both physical and online casinos use a lot of visual and audio frills to capture players’ attention.
Some of the most common audio frills include attractive jingles and associated winning sounds
for small and large payouts. Casinos often use eye-catching themes, graphics, and colors to
capture your visual senses and make games based on famous films, characters, and
memorable events. These frills are presented subtly, and you can easily get attached to the
atmosphere, and the brain responds by releasing more dopamine.

A Near Miss Effect

Most casino games are designed to keep players engaged for long periods. However, players
can realistically continue playing only when they’re winning. This posed a challenge to casino
software developers as they had to balance rewards with playing time and spending. The
ingenious solution to this was stacking the deck so that certain occurrences appear more often
than others.

READ:  8 Best Snipping Tools For Mac You Can Try

These near misses can best be explained at slot machines where one reel stops an inch away
from the jackpot. Also, when players feel that the dice landed close to the winning value in table
games, they react the same way. Another place that uses the near-miss effect is sports books.
When you place a single bet with multiple events, you’re likely to place another bet if you only
get one game wrong.

Coming too close to the reward triggers the same reaction as winning in the players’ brains,
motivating them to play even more. At-risk or addicted gamblers are more susceptible to this as
they view the missed win as their redeeming shot. Generally, a near miss is the same as losing,
but players hardly view it this way.

If a player loses seven out of their nine events in a sports book jackpot, they’ll be discouraged
and probably quit playing. Though, if they lose only one of the nine events, they’re more likely to
continue playing. The brain releases dopamine to near wins as it does for actual victories.

The gamblers’ fallacy is quite close to the near-miss effect. Rather than gaining hope from close
calls in the gamblers’ fallacy, players believe that their winning chances increase with each loss.
Losing is an indicator of a good fortune on the horizon. Unfortunately, this belief is wildly
misleading. Losing and winning at casinos are hardly affected by the number of times you play.
Whenever you play a new turn, the odds of losing and winning remain the same as the previous
attempt

Chasing the imminent win leads to players burning through their cash faster. Unfortunately, the
chances of winning remain marginal. You’ll mostly find this habit among at-risk and addicted
gamblers, but over-enthusiastic and misguided beginners can fall into this trap too.

This is the most common pleasure catalyst for gamblers in casinos and sports books. Winning is
a satisfying outcome that triggers dopamine release in the brain. Psychologists confirm that the
brain treats small wins and large payouts almost equally. Players get a feeling of achievement
which can increase their risk appetite. This works because players understand that they can’t
win or lose all the time.

With this attitude, players will ignore a series of huge losses and draw inspiration from a meagre
win and keep playing. For instance, when you win $15 after playing with $100 on several
wagers, you’re likely to ignore that you lost $85 and keep playing. Players take losing as part of
the process and fail to account for the amounts they’re losing