Why iOS Apps Continue To Have A High Earning Potential?

by David
in TECHNOLOGY 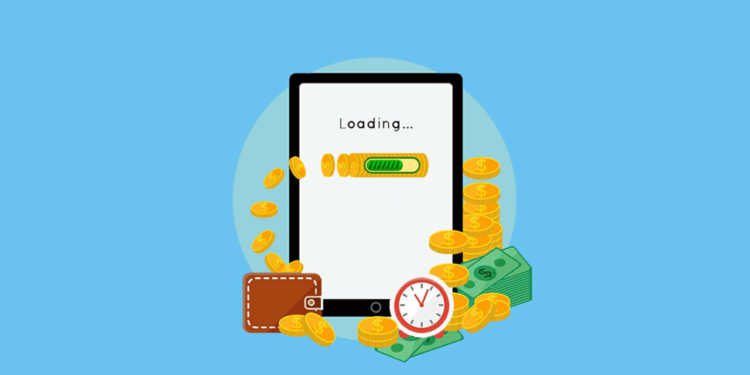 From a historical perspective, apps available on Play store have had much more downloads than the same apps on the Apple App store. However, iPhone has always beaten its opponent in terms of the sheer revenue generated by the apps available on its store. This means that iOS apps make more revenue with a smaller number of downloads as compared to Android apps. Surveys have shown that iOS users tend to spend much more than Android users, in their respective app market.

A study in 2018 showed that iOS users spent a collective $47 billion whereas Android users managed just $25 billion in total money spent in apps. Even with much more users, Android apps couldn’t match iOS in generating revenue.

Every day, the tech market grows and it is estimated that by 2023, App store will have a revenue of $96 billion which dwarfs the projections for expected revenue generated by Play store which would then stand at $60 billion.

In this article, we’ll explore the reasons as to why iOS apps have a higher earning potential than Android apps and why this trend continues to get consolidated over time.

iOS apps are much secure than Android apps. This is because iOS developer standards and enterprise programs provide the resources needed to design, develop and test in-house applications in a secure and aligned manner.

Once downloaded, the iOS app can only access the files in its own directory. It cannot access system files or the files of other apps downloaded on the user’s device.

Moreover, iOS apps can only be downloaded from the App store which ensures that they are free from any type of virus, including Trojans. This instigates great trust between the user and app store.

The role China has played in the growth of the App store is rather underappreciated. China surpasses the United States annually, in powering the most downloads from the Apple app store. This isn’t surprising at all, considering the fact that iPhone sales in China have grown by a huge margin in recent years. In 2015, Apple reported that $16 billion worth of sales in the App store had been made by the Chinese public.

People who buy smartphones in China for the first time usually prefer iPhones. By filtering app types with their downloads, Chinese iOS clients favor Game, Photo and Video based applications, including natively developed iOS applications like Tencent’s Pitu, which was one of the most famous applications in China just a few years ago, because of its emphasis on features that appeal local users such as editing, fun filters, makeup and other beauty adjustments.

In 2018 alone, China accounted for nearly 50% of app downloads on iOS. 40% of the App store revenue was generated by the purchases of Chinese people.

As of today, not only China, but India, Indonesia and Brazil are growing in terms of app store downloads.

On the other hand, Android is not available in China and neither is the Google Play Store. This deprives the Google Play Store out of a massive revenue churning opportunity. So if you are a company offering iPhone application development services, then don’t forget to ensure that your app is localized for Chinese audiences as well because that’s a massive audience that you wouldn’t want to miss out on.

iOS device users are generally more loyal to their OS ecosystem as compared to Android users.

The major reason for this is firstly, the brand value that Apple provides and secondly, the walled ecosystem of Apple, that makes it difficult for users to leave this ecosystem.

A recent survey reported that 90.5% of current iPhone users intend to stay with Apple whenever they want to upgrade their current smartphone.

In another report by SellCell, the information gathered shows that only a small portion of iPhone users are dissatisfied with the brand.

Regardless, the main focus here is that iPhone users are more loyal than Android users.

This loyalty makes them more likely to indulge in app based purchases as compared to Android app users.

Data collection over the years has revealed that although iOS apps have lesser downloads yet they rake in almost twice the amount in dollars than Android apps. This means that nearly 70% of iPhone users make at least one purchase per month.

To understand this difference, we need to go over some basic facts. An iPhone model these days usually costs upwards of a $1000 whereas as Android based smartphones can cost as little as $90! From this information we can infer that iPhones are usually purchased by people or professionals with a higher disposable income. This is the reason why iPhone users spend way more on apps than Android users.

In this way, we can say that iPhones are premium devices which are bought by people who have a larger budget. These people can easily afford in app purchases such as goods in a gaming app or a premium version of some app.

A major factor affecting the revenue of iOS apps, which is often ignored, is where exactly the major audience which owns iPhones is based in. iPhones hold a higher market share in US, and a substantial share in other high income markets, where credit card or e-pay facilities are more widely available. This makes it easier for such users to indulge in app based transactions.

On the other hand, Android is popular in countries where firstly, the demographic is low income and is often not connected with e-payment options.

Apps have become massive revenue generators in recent years with niche like gaming apps raking in billions of dollars in revenue. And while there is a significant discrepancy in the amount of revenue generated by iOS and Android apps, it goes without saying that investing in either of them with due diligence can bring in exponential ROI to app developers worldwide.

What is Bonjour Service on Windows 10?