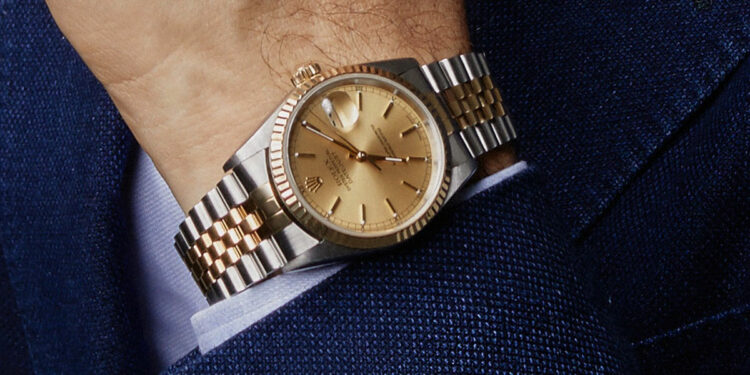 Being one of the top luxury watch brands in the market, Rolex always had the reputation of being very expensive. After all, it is a watch brand worn by famous celebrities, socialites, politicians, and even the likes of Martin Luther King Jr., who wore a Rolex Datejust as shown in some photos of him. This reason, along with its reputation for excellent craftsmanship and intrepid innovation, made Rolex one of the most lucrative brands in the world.

Even the process of buying a Rolex is different compared to buying other items, and many watch collectors and buyers often scramble amongst themselves at auctions and watch stores just to get a Rolex watch. Despite being an expensive brand overall, there are many factors to determine the price of a Rolex watch, and many Rolex watches of different models have been sold at sky-high prices.

If you want to know which is the most expensive Rolex that has ever been sold at an auction or a store, then Paul Newman’s Rolex Daytona takes the crown even to this day. Just to give a background of this watch and why this Rolex Daytona was sold at a very high price during an auction in 2017, Paul Newman is an award-winning American actor who starred in many movies such as “The Hustler” and “Cool Hand Luke.” He was given a Rolex Daytona during the filming of his movie “Winning” by Joanne Woodward, who remained his wife until he died in 2008. Paul Newman’s Rolex Daytona took the throne from a Patek Philippe perpetual calendar chronograph as the most expensive luxury watch being sold at an auction.

This is because while the Patek Philippe perpetual calendar chronograph was sold at $11 million in 2016, the Rolex Daytona once owned by Paul Newman was sold at a final price of around $17.8 million, even if its opening bid was just around $1 million, which is still more expensive than the Rolex Submariner price which could start around $36,000. But the watch was sold at such a towering price not just because it was once owned by a famous actor or even because it was made with precious materials, but because of the backstory that the watch had.

Coming in at second place for the second most expensive Rolex watch ever sold, the Rolex Daytona Reference 626 Unicorn was sold in May 2018 at a whopping price of $5.9 million. While many watches from different brands or even from Rolex itself have been sold at even more exorbitant prices, this watch is unique because of the materials used to make this watch. When much of Rolex’s Daytona watches were made using stainless steel, the Reference 6265 was manufactured with 18-karat white gold, which gave this watch its nickname “Unicorn.”

But it’s not just the rarity and value of the materials used to create this watch that made the Rolex Daytona Reference 6265 Unicorn so expensive. This watch was not known to much of the public until a well-known collector of Rolex watches going by the name of John Goldberger had obtained the watch in 2013. When a famed watch collector gets a grip at a rare and valuable watch produced by The Crown, expect its value to skyrocket very quickly.

For those who do not know what (or more accurately who) Bao Dai was, Bao Dai was the last Emperor of Vietnam, and he once received a Rolex watch in 1954. This was the most expensive watch Rolex produced during this time and was also one of its most complicated watches the brand has ever made. This was because the watch featured a moon phase indicator and a triple calendar. The Rolex Bao Dai (based on the Rolex reference 6062) was made with 18-karat yellow gold and diamonds serving as markers on the even hours of the watch. The watch was also rare, as only three of its kind were created when it was released. This could be the reason the Rolex Bao Dai Reference 6062 was very expensive, aside from the fact that it was owned by a former monarch and was made with precious materials.

Even with such value, the Rolex Bao Dai was sold at an auction before, when the Nguyen family first sold the watch at around $235,000 in 2002. This was the highest amount paid for a Rolex watch during this time, but when it was resold again at an auction at Phillips in Geneva in 2017, its monetary value increased to $5.1 million, making the watch the third most expensive watch ever sold.

Many of the Rolex watches mentioned previously on this list were individual watches that were either owned by famous individuals or were rare models or versions from a specific model line, such as the Daytona. But if you want to know the most expensive watch model line Rolex is currently selling, then look no further since the Rolex GMT Master II Ice is here. While certain Rolex watch models such as the Rolex Submariner Date and the Rolex Datejust were sold at $13,337 and $17,000 respectively, the Rolex GMT Master II Ice is currently sold at a dizzying $485,350, although prices could still vary depending on where you buy it as well as the current price of diamonds by the time you buy it.

The Rolex GMT Master II Ice is a watch worn by world-famous soccer player Cristiano Ronaldo during the 14th Dubai International Sports Conference, and this watch has a lot of bling to it (like literal bling). This is because the watch is made with white gold and it is entirely covered with diamonds and other precious stones. Even the watch dial itself has a very fascinating pattern of white gold and diamonds. Other than that, the Rolex GMT Master II Ice is waterproof for up to 100 meters and also features a power reserve that could last up to 50 hours.

Why is a Rolex So Expensive?

As previously mentioned, Rolex is very expensive, and that is a fact. Even the cheapest Rolex watch currently sold in the market, the Oyster Perpetual, is sold at around $5,000. This shows the immense amount of value that watch collectors and buyers put into every watch created by Rolex. But why are Rolex watches so expensive? After all, many other watch brands also create watches using the same precious materials that Rolex is using for their watches, and they also ensure that their watches are carefully and masterfully crafted. The price of every Rolex watch would also fluctuate depending on several factors.

The truth is that more than materials and quality, reputation makes Rolex expensive. Just as how Chanel and Gucci are expensive because of their reputation for being a preferred brand by celebrities, the brand name “Rolex” has become synonymous with glamor and sophistication just like the two aforementioned brands. Rolex commands the same presence as Gucci and Chanel would when it comes to bags and clothing. Rolex is, to many watch enthusiasts, a symbol of achievement, luxury, and success.