The Most High Profile CS:GO Transfers Of All Time 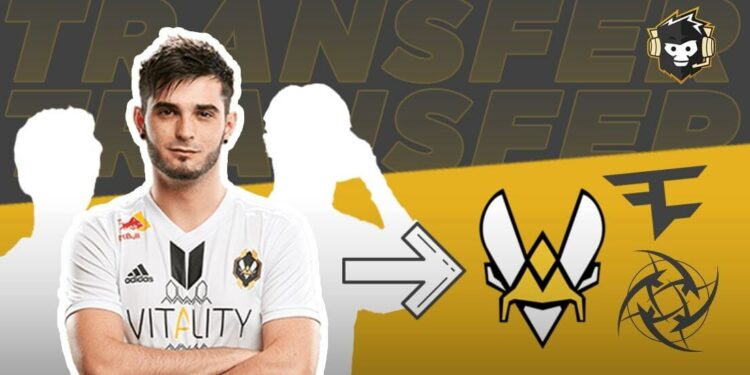 With a game like Counter-Strike: Global Offensive, the stakes are constantly on the rise. More people are playing the game than ever before, new mechanics and strategies that push thinking outside the box are becoming more and more present, and the influx of new sponsors and partners have pushed the worth of competitive games right up into the multi-millions these days.

Because of these rising stakes, the pressure on players to perform has never been higher. With big sponsors and organisations now looking for better, more immediate, returns to their investments. As such, CS:GO has seen some pretty high profile and often quite nasty transfer sagas.

With NiKo’s recent move from Faze Clan to G2 the latest example of these sagas in action, we thought we would take a look back at some of the biggest and most high profile transfers in CS:GO’s history.

Shox From G2 to Team Vitality

Once considered to be the great hope of French CS and one of the most recognisable stars in the game even today, Shox had been playing the game competitively ever since the winter of 2006 when he joined up with G2 in February 2016. Over the course of just over three years with G2, Shox would help the side achieve some impressive results such as a second place finish at the ESL Pro League Season 9, but would eventually be swirled up in the inconsistencies that have often plagued French sides.

Disagreements over AWPing and the amount of calling the IGL leader had for the team saw Shox fall out with NBK- most notably, and it was this player he would find himself replacing on Vitality’s active roster in September 2019.

Onlookers were naturally wary of the influence someone like Shox could have on the side, with plenty of would-be critics claiming that the leadership issues and bickering Shox brought to G2 would be making its way to Team Vitality.

Coldzera From MiBR to Faze Clan

Brazil possesses one of the most passionate and loyal fanbases of any country in the world when it comes to competitive Counter-Strike, and MiBR (Made In Brazil) is perhaps the most well known face of this passion. The current organization representing the same players that won back to back Major Championships in 2016 under the Luminosity Gaming and SK Gaming banners.

Coldzera had been with the core of Fer, Fallen and TACO throughout all of these triumphs and titles, so to see him suddenly jump ship and jet off to Europe with Faze Clan in 2019 must have been a shock.

One of the best players to have ever touched the game at the time, Coldzera was named the best player in the world for two years running in 2017 and 2018, has two MVP awards at Major Championships and even has his very own graffiti located on Mirage after his jumping AWP shots against Team Liquid in the Columbus Major semis.

Olofmeister From Fnatic to Faze Clan

Fnatic were arguably the first side to establish a legacy in the modern age of CS:GO, winning three Major Championships between 2013 and 2015, a record amount until Astralis’ win at StarLadder in 2019. The core of Pronax, JW, Flusha, Krimz is nothing short of legendary in the eyes of the CS community, however it was the star quality of Olofmeister as the team’s chief rifler that really helped establish the Swedish org as one of the finest to ever touch the game.

He had been with Fnatic for over three years by the time Faze swooped in for his services in August 2017, making him one of the most well paid superstars in the world at the time. Faze were hoovering up as many superstars as they could at the time, with Guardian, Karrigan and Niko all signing for the side, but it was Olofmeister that really marked this Galatico policy being brought in.

He has won ten events with Faze, though none of them were Majors. He did make the Grand Final for the 2018 ELEAGUE Boston Major, but would lose out as Cloud9 defied the Esports betting odds for the tournament and bested them 3-2 after that fateful overtime on Inferno.

Kill Your Time with these Games for iPhone and Android