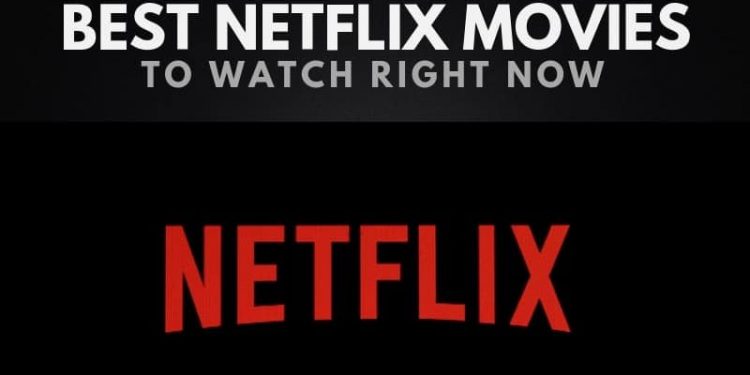 Netflix has become a one-stop entertainment portal not only in the U.S. but on a global scale as well. You don’t have any channels to skip nor do you have to search the synopsis of every movie to consider it a worth-watch. At Netflix, you get movie trailers, descriptions and more in a single platform.

Every month varied titles are added to the Netflix content repository. Netflix has released a bunch of original movies, TV shows and also screens Hollywood blockbusters and classics. To make your monthly Netflix movie marathon simpler for you, we decided to compile a list of some of the best movies available on Netflix as of now. Here are a few that you must watch before the titles leave Netflix.

Sam Raimi’s Spider-Man trilogy remains a classic adaptation of the Marvel superhero however, Spider-Man: Into the Spider-Verse brings a more novel and new-gen flair to the comic. You would be expecting to see the movie revolve around Peter Parker but he’s a side character in this one. In fact, he is one of the ‘Spider-Mans’ in a multiverse. The movie’s central protagonist is Miles Morales, an ordinary high-school student who is bitten by a radio-active spider. He soon develops super-human powers but he’s not the only one who undergoes the same fate.

If you conduct a quick Google search with the term ‘famous alien movies’, you will find classics like The Thing, Close Encounters and The Day The Earth Stood Still in the results. However, most alien movies are gory, eerie and don’t end up with happy endings but E.T. the Extra-Terrestrial is a unique one from the flock. The movie presents the essence of naivety and limpidness of youth. Would you befriend an extra-terrestrial creature hidden in your backyard? Young Elliot not only befriends the strange creature but also undertakes the duty to send the alien back home.

Pan’s Labyrinth is deemed as Guillermo del Toro’s best work. The master of surreal horror amalgamates fantasy, horror and science fiction into one movie. Pan’s Labyrinth earned itself three Oscar wins out of which two wins were for the best Makeup and Hairstyling and Cinematography. The movie’s plot is an enigma on its own, as well. The princess of a lost, underground realm finds herself lost in a labyrinth. To reclaim her stature as a princess, she has to complete three tasks or her royal rank will be seized from her.

The 1991 classic, The Silence of the Lambs managed to score five Oscars at the 64th Academy Awards. The movie is a twisted one and centers on Clarice Starling, an FBI trainee, Dr. Hannibal Lecter a notorious serial killer shunned from the outside world forever and Buffalo Bill who is another serial killer on the loose. Clarice is assigned the task to psycho analyze Hannibal’s mentality since he’s the only person who holds the potential to hunt down Buffalo Bill. But in turn, Dr. Hannibal himself starts to play shrewd psychological games on Clarice and she finds herself in a spiral of distrust and inhibition.

Netflix’s July movie repository includes several sci-fi movies and Annihilation is one noteworthy mention. Alex Garland is known as a sci-fi master in the Hollywood realm mainly because of Ex Machina. The movie showcased a glimpse of futurism and cyberpunk. However, Annihilation lets you go into the depth of your imagination and more. Natalie Portman takes on the role of Lena, a biologist who is chosen as an undercover mission candidate. Lena and her team are escorted to Area X to investigate the mutations stirring up in the isolated area. Things start to take peculiar turns when dangerous creatures, mutated landscapes and more start to hurl around Lena.

We made sure to add our top picks with genres inclusive of comedy, sci-fi, thriller and slice of life. However, every month Netflix refreshes its content directory with the latest TV shows, acquired programs, comedy serials and Hollywood blockbusters. So we thought it would be great if you get to expand your watch-list a little bit more. Here are a few notable mentions that we have jotted down for you to watch:

Netflix leads the streaming service scene with a subscriber count of 167 million viewers at the end of 2019 alone. The platform continues to thrive as the central hub of entertainment and has managed to surround itself with a handful of competitors, as well. However, you can go about another credible entertainment route that most Americans are already resorting to which is cable TV. Cable providers like WOW TV offer a wide range of TV channels which you can enjoy watching on your TV set as well as in the form of streaming. You get On Demand content and more all via a cable TV service. You can choose both or one as your televisual taste buds with be satiated either way!

Apple Watch to Remind You Wash Your Hands to Fight Coronavirus