Path of Exile: Echoes of the Atlas & Ritual League Guide 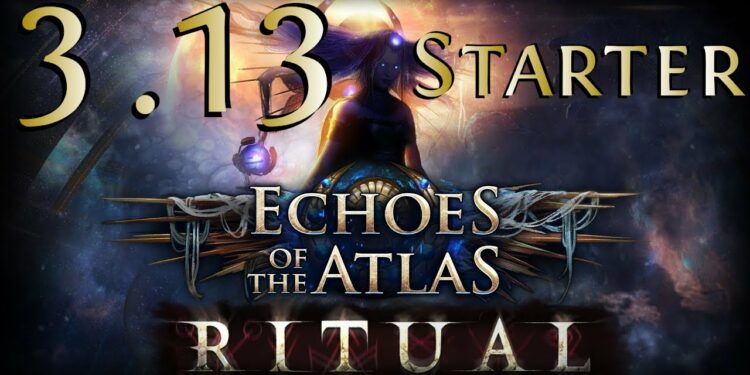 Starting off the year 2021, Grinding Gear Games has officially drawn the curtains to a close for the Harvest expansion which went on during the last three months of 2020. Fast forward to January 2021, they finally released their newest and perhaps most unique expansion yet: Echoes of the Atlas. While Echoes of the Atlas has been out for quite some time now, there’s still a lot of information to sift through especially for players who are just starting in Path of Exile. To even reach a small part of what the newest expansion offers, players must first get to the endgame. As most players of Path of Exile know, getting to the later parts of the game is no joke; it can take tens to even hundreds of hours to be able to reach the starting point of what an expansion has to offer. The Ritual League has a lot of content–mainly for PoE Currency and PoE trade purposes along with revamped Ascendancy classes that freshen up the experience. There’s a lot to know about Echoes of the Atlas and the league for the expansion, the Ritual League. So buckle up, because it’s going to be quite a ride getting to know the latest and greatest expansion in Path of Exile.

A General Overview of the Ritual League

The Ritual League has been known to players as a combat-centered league. This is because everything about this league is pure unadulterated slaughter, meaning the best feature that players are going to get out of the Ritual League is its combat mechanics. Grinding Gear Games has decided to ramp up the spawning of monsters so players can expect that they can easily be overwhelmed with the number of enemies that will spawn around them. To keep it as simple as possible, here’s how it works: in each map a player goes to, four shrines have a large ritual circle around each of them. A player’s task is to kill off the monsters inside each circle. The mechanic is similar to that those of the tower defense games where players must survive the whole ordeal and eliminate the number of opponents as soon as possible. As a player completes each ritual, the difficulty will ramp up– resulting from merely defending one shrine to three shrines at once. When a player kills monsters that are in the circle, they are rewarded with “Tribute”. Think of Tribute as the PoE Currency for the Ritual League. While they can’t be used for PoE trade, players can use it in the Favor interface which is like a shop of sorts that players can go to exchange their Tribute currency for random reward items. There’s not a whole lot else in the Ritual League besides having to become a killing machine to get Tributes, but that old-school feeling of the kill-focused league makes for addictive gameplay for many players that just want to hack and slash their way through the world of Wraeclast.

Echoes of the Atlas expands an already-brimming-with-content game that players have been loving ever since its release by adding in new bosses, skill trees, and systems to tinker around with. To be able to even get a taste of the latest expansion though, players must work their way up the endgame first. Unfortunately, this means they’ll have to play a ton of the base game first before they even get the chance to have a go at the Echoes of the Atlas, which is quite regrettable really, as each expansion in Path of Exile doesn’t exactly last for a year.

First and foremost, remember the old Ascendancy classes? Back then, these classes were a tad clunky and don’t make for a fun experience to use in Path of Exile. Well, it’s time to thank Grinding Gear Games for their efforts because they have completely reworked the numerous Ascendancy classes by giving them advanced versions which give players a chance to further customize them. Not to mention, there are new skills added to the intricate skill tree that Path of Exile is very much famous for.

Players also get to meet a new character, albeit a “final boss” of the Echoes of the Atlas expansion. That new character is called The Maven, a seemingly mysterious entity who outrageously demands players to do her bidding of letting them battle bosses in arenas for her pleasure. With each boss fight that a player completes, the challenge will spike in difficulty. There’s even a part where players are tasked to them defeat 10 bosses–all at once. At the end of the grueling trials that The Maven has imparted, she will eventually duel the players as the “final boss”. Now, players have to know that The Maven is one tough cookie. As the final boss, The Maven is the most powerful being that players will have to go toe-to-toe against. Players can expect hefty rewards upon defeating her, so at least there’s that.

The Echoes of the Atlas expansion, along with its newest league in tow, the Ritual League, is looking to become a top contender of being one of the best releases that Grinding Gear Games has put out so far. With a new type of PoE Currency to PoE trade added just for the Ritual League and a focus on combat this time around, tons of new players have been joining in on the fun. Players can only hope that the next expansion and league for Path of Exile will be as great as this. What do you think of the Echoes of the Atlas? Have you tried it already? Let us know your experience down below.