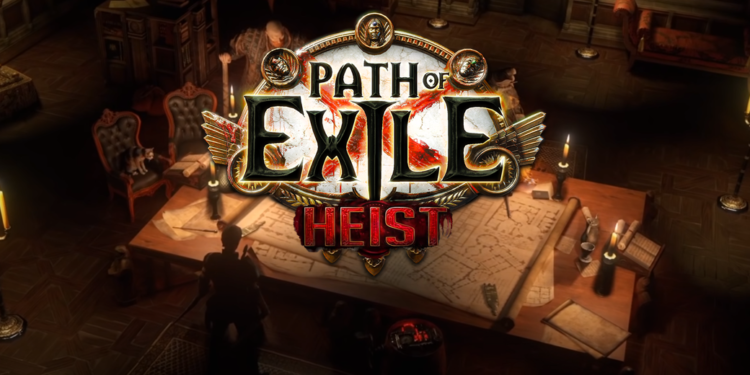 The Summoner build that dishes out a ton of damage

Summoner builds aren’t exactly known for being offense-oriented. After all, most of them are meant to provide utility, and even as meat shields. The Redemption Sentry Spectre Build, however, is an exception, and one that deals damage just as well as the usual AoE spammer builds. Get ready for your POE Currency for this one, because trust us–it’s worth it!

Between Spectres and Spiders

What makes the Redemption Sentry build a solid one is the fact that its namesake summoned spectres fire wide volleys of areas, quickly clearing up maps. It should go without saying that the more Redemption Sentry spectres you have, the faster you can clear maps.

However, while Spectres will always be your bread and butter when it comes to dealing damage, there are actually two combinations for this build: either pure spectres or ones that have spiders as well, which means you’ll have to use Arakaali’s Fang. The former boasts of more DPS, and is a great boss killer. Meanwhile, the latter offers more defense and utility as spiders are tankier than spectres. However, what you make up in defense, you lose out in damage.

At the end of the day, it’s up to you to weigh the pros and cons of each. Who knows? Maybe you’d even use both depending on the circumstance.

How to Make a Spectre Bank

Because this build uses a specific spectre, you’ll have to make a spectre bank. In fact, this is the most elaborate part of the build.

To make one, you have to first put a Desecrate and Raise Spectre gems in your stash and then create an alt. Try going for a Witch, since this alt has to use the gems you deposited, and this class will give you Death Attunement, which will improve your use of these two gems.

Preferably, you should make her PVP-only and then reset the passive skill tree and go straight to Death Attunement. You also need to level up one Agility node to get enough Dex to use Desecrate. Then socket them, preferably in your body armor. To have even more spectres, give your alt Queen’s Decree, a Unique sword that increases the maximum number of summons by 1. She will serve as your spectre bank.

Once that’s done, you can start spectre hunting. Or more specifically, you’ll be hunting for the Redemption Sentry, which you can only encounter if you have a high enough Redeemer Influence in your Atlas. Do some killing in these maps, and once you feel like you’ve killed enough, check the corpses for Redemption Sentries and use Raise Spectre on them, then return to your hideout.

Now let’s move on to gear and gem links. Many of them require specific mods, so expect to use POE Orbs, or resort to POE Trade.

For the core skill, Raise Spectre, have it with Controlled Destruction, Elemental Focus, Predator, Spell Echo, Empower, and Minion Damage support gems. Because it requires six linked sockets, it has to be the body armor, which should have increased life, +1 to maximum spectres, and increased effect of offerings.

For the helm, have the Devouring Diadem, which gives socketed gems an extra level and 20% reduced mana reservation, increased energy shield and energy shield recharge time, and trigger level 15 Feast of Flesh every 5 seconds. Raise Zombies and Summon Stone Golem with Feeding Frenzy and Physical to Lightning support gems.

For boots, it should have at least 20% movement speed, +1 to level of Raise Spectre gems, elemental resistances, and life. Freeze immunity is also a great bonus. Summon Skitterbots, Dread Banner, Wrath and Generosity support.

For gloves, use Triad Grip for increased armor. This POE Unique gear gives bonus elemental damage depending on socket color, and for that you’ll have to use all green sockets. Have it with Flame Dash, Conductivity with Hextouch Support, Armageddon Brand.

The weapon must have a Trigger a Socketed Spell When You Use a Skill mod, as well as increased minion life, minion damage, and attack and cast speed. Socket in it Desecrate, Bone Offering, and Summon Skeletons. Meanwhile, the shield should have chance to block attack and spells, life, armor, and energy shield. It should have the following gems: Steelskin and Convocation with Increased Duration. The belt should be a Stygian Vise with increased life, armor, elemental resistances, and reduced enemy stun threshold.

As for the rings, one should be Profane Proxy for +3 to level of socketed gems, cold and lightning resistance, and your socketed aura is applied to either chilling Skitterbots if it’s in the left ring slot, and or shocking Skitterbots if in the right one. Have this one with Sniper’s Mark.

Last but definitely not least, the amulet should have increased life, life regen, mana, attributes, elemental resistances, and +1 to level of all intelligence gems.

There’s more to the build than what’s mentioned here, so you should definitely check other guides out. Or better yet, come up with your own takes on the build–maybe you can have an equally solid version or even a better one!

A Few Tips on World of Warcraft Shadowlands Gold Making

How to Train Your Magic in OSRS