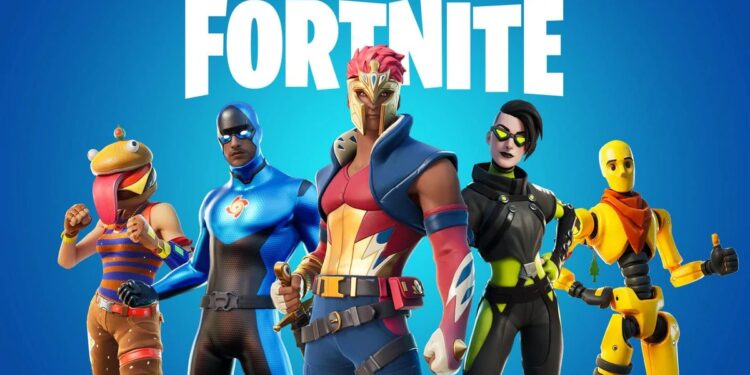 Next-gen is already here and various bigwigs in the gaming scene are making the appropriate changes to keep up with the times. Of course, Epic is in on these trends, which means Fortnite, instead of getting a sequel, will receive massive updates instead. Get ready to check out the Fortnite Item Shop, because this chicken winner Battle Royale is getting a hefty upgrade!

Perhaps the most prominent and hyped upgrades would be the fact that it will have 4k and 60FPS, as these feats will be supported by the PlayStation 5 and Xbox Series X. Some even say that the Xbox One X can give the game up to 120FPS. These updates will be available from Day 1. This means right after installing the game on your next-gen consoles, you’ll already be able to enjoy these improvements!

On the other hand, if you want to go or went with the Xbox Series S, you’ll only be getting 1080p, as it’s the next-gen Xbox that trades a little bit of hardware power for affordability. Unless you’re one of those players that aren’t too keen on a hyper-clean visual feel when gaming, then you’ll definitely prefer 4K over 1080p. Nevertheless, the latter is still better than what current-gen consoles offer looks-wise due to their tech limitations.

In fact, calling them an upgrade would be a misnomer. According to Epic Games, these upgrades aren’t just the old versions of the game being made better for the next gen. Rather, they are native builds for these three consoles. In layman’s terms, they were built from the ground up on the respective consoles.

READ:  Flipboard fights back with major change for readers

And considering that Epic Games has mentioned three, then it’s safe to say that they also built a version just for the Xbox One S. Surely, it’s not too different from the Xbox One X version, but it’s still worth noting that the two have different versions, unlike in the previous gen where Fortnite in PS4 and PS4 Pro were built the same way.

While they’re not exactly entirely new and better versions of the game, they are huge improvements to the same game you know and love. This is a good thing, as this means that Epic Games can seamlessly connect the two experiences so players won’t be required to make new Fortnite accounts for the next-gen.

That, however, doesn’t mean the old Fortnite version on your PS5, the one that is similar to the PS4 version, is still playable. Rather, you’ll have to download the PS5 version. Installing the PS4 version won’t work, even if you get an installer from an external folder, as you will get a message saying that it’s only for the PS4.

More detailed visuals isn’t the only thing going for next-gen Fortnite, as it will also have more dynamic visuals and physics, which in turn means a world that will move more realistically. Leaves on trees and grasses will sway more closely as they would in the real world in response to leaves blowing and explosions from Fortnite Weapons. Water will behave more like the way it does in real life, and so will many other environmental effects. That, of course, includes the Storm, which will definitely have a more vicious feel this time around.

READ:  To regain advertiser trust, Facebook is tracking ads by the millisecond

As if that’s not good enough for you, here’s a bit of extra special news: Fortnite will be running on Unreal Engine 5 come mid-2021. And much like the fact that the improved Fortnite for the next-gen aren’t exactly new versions, the same is also the case once we get the Fortnite that will be built on Unreal Engine 5. This means a major improvement to graphics, movement, and physics.

Every time a new generation of consoles is released, the future always becomes now. And in this future, Fortnite is very busy being at the forefront. With that, we can expect cooler things from this Fortnite Battle Royale phenomenon. What do you think? Drop a comment below to let us know your thoughts!

To keep up with the times, Fortnite is getting a huge upgrade for the next-gen consoles. We’re talking 60FPS and 4K, and many other visual improvements.

A Few Tips on World of Warcraft Shadowlands Gold Making