What is File Extension AAE and How Do You Open It 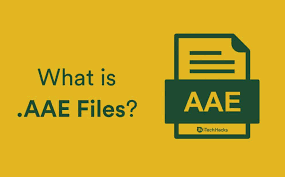 When you search through your photographs folder, you might come across images with the aae file extension. On an Apple device, this would be IMG 56789. AAE might be summoned from the image. On a Windows PC, the file extensions cannot be shown by default. As a result, IMG 56789 with a blank icon preview is simply the name of the picture file. This can be perplexing for Windows users.

What is AAE File Extension ?

I’m sure you’re curious about the file type. AAE is and how it can be opened because attempting to do so would result in a message such as “Windows can’t open this file.” 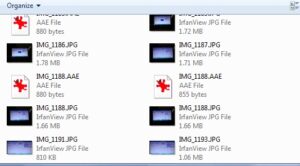 .
AAE files are merely edited versions of existing images on Apple devices. You can delete an AAE file without deleting the photo, but you will lose all edits. The editing data is saved in XML format, which is easily accessible in the Notepad text editor.

This file extension is a product of Apple, and it is compatible with iOS 8 and later, as well as Mac OS 10.10 and later. As already said. Assume you use this to transfer a photo to a Windows PC. AAE extension, the file will be delivered as a standard JPEG with no changes.

In prior versions of iOS, any changes made to a photo would automatically override the original image.
When creating an AAE file, this is no longer the case. The AAE files will be stored in a new folder, followed by the name format, which will end with a.AAE file type extension rather than a.JPG file extension.

READ:  Cinemabox HD Not Working – How to Solve Cinema box

In the original file, the file is now left in a single editor. When you save the edit instructions, they are saved in a different file – an AAE file (which is also called an AAE Sidecar file).

So, what do you do with the files? After you’ve finished editing your iOS shot, the simplest thing to do is e-mail it to yourself. This “heals” the image’s modifications. This has been completed. You can also share it on Facebook or Instagram (or similar platforms), but keep in mind that the image’s quality will always be reduced slightly.

As previously stated, these files on .aae file windows or Android devices are no longer usable. It is possible that options for use will become accessible shortly, but it is impossible to predict when. You can safely remove these files if you so desire. However, it won’t hurt to save it in the hope that it will one day be useful. Every file is small and takes up almost no disc space.

Do you think Apple’s creation of these file type aae is a step forward or a step back? Although I prefer to see a snapshot of the original that hasn’t been replaced, it seems more fair to just ask if we’re willing to overwrite or store it separately. This may save some space — and possibly some misunderstanding.